Published by Razak Mohammad on 7 January 2021 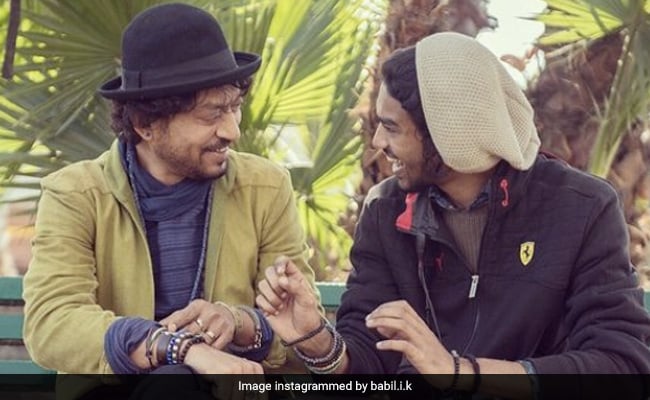 It’s Irrfan Khan‘s birth anniversary today. The legendary actor died at the age of 53 on April 29 last year. Remembering his father on his birth anniversary, Babil posted an unseen video that features the actor, his wife Sutapa Sikdar and son Ayaan. The trio made the video for Babil while he was away from the family. In his post, Babil shared how Irrfan Khan never believed in celebrating birthdays and didn’t encourage anyone to remember his as well. “You never identified with institutions such as contractual marriage and birthday celebrations. Perhaps, that is why I don’t remember anyone’s birthdays because you never remembered mine and never encouraged me to remember yours. It was just normal to us what seemed absurd from the outside, we celebrated everyday (bringing personal experiential authenticity to the cliche),” wrote Babil and added: “On the occasion, Mamma would have to remind us both; but this time I could not forget yours if I tried.”

Babil signed off his note for his beloved father with these words: “It’s your birthday Baba. Shoutout to all the technologically inept parents, notice that they did not finish saying that they miss me.”

Irrfan Khan, one of the greatest actors of Bollywood, died after battling cancer in April last year. On Thursday, several celebrities such as Anushka Sharma, Ayushmann Khurrana and Vicky Kaushal remembered the versatile actor on social media.

Since Irrfan Khan’s death, his son Babil shares several priceless memories of the actor on his Instagram feed. Some of them are from the sets of the actor’s films while others feature him with his family. Take a look:

Irrfan Khan’s last film The Song Of Scorpions will open in theatres this year. The actor was last seen in Angrezi Medium alongside Kareena Kapoor, Dimple Kapadia and Radhika Madan, among others.