Disha Patani’s Guide To Recovering From That Cheat Meal

Published by Razak Mohammad on 14 January 2021 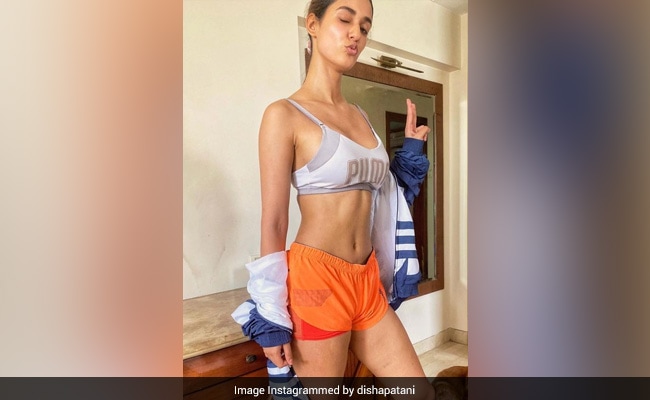 Disha Patani did what she does best in her latest Instagram entry on Thursday. Remember how the actress was generously digging into her cheat meals one after another? Well, the actress found the perfect way to detox after those cheat meals. She did some hardcore kickboxing. Disha posted a video on her Instagram profile, in which she can be seen showcasing some high-octane moves. Dressed in a black outfit, Disha can be seen kickboxing as Steve Aoki’s rendition of BTS’ MIC Drop plays in the backdrop. “Post cheat be like,” Disha Patani captioned the post. Her Instafam dropped purple heart emojis, because BTS and fire emojis for Disha’s intense moves.

Here’s another post from Disha Patani’s workout session. Just enough to inspire you to hit the gym.

Disha Patani, a former model, made her big Bollywood debut with the 2015 sports biopic

The actress was last seen in Mohit Suri’s action-thriller Malang, co-starring Anil Kapoor, Aditya Roy Kapur and Kunal Kemmu. She will next be seen in Prabhu Deva’s Radhe: Your Most Wanted Bhai, which will be her second project with Salman Khan. The duo have earlier co-starred in the 2019 film Bharat, which also featured Katrina Kaif and Tabu. Meanwhile, Radhe: Your Most Wanted Bhai will also star Jackie Shroff and Randeep Hooda in pivotal roles.